For centuries, people have been trying to ridiculous the public and other figures through art, especially through caricature.

Various artists have appeared throughout history, and we have singled out eleven of the most famous and significant artists. 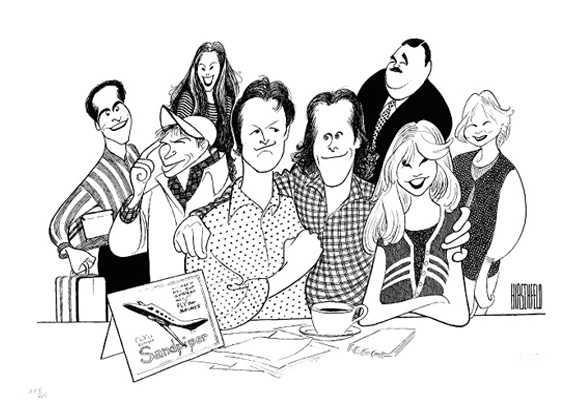 New York has always been recognizable for creating great people that are successful in various professions, and among them was one of the most famous caricaturists of all time - Albert Hirschfeld.

Albert has a long and magnificent life. Graduating from prestigious colleges in London and Paris, learning various types of caricature styles, and then working for the best New York media such as the New York Times and CBS already make him great.

But, what made him the most famous and marked his career is definitely Broadway, where his name is still mentioned with big respect. Also, the fact that he was married to the most beautiful European actress of the time speaks for itself of his successes.

Artists have always been fighters for freedom and justice - one of them was Andrea Gill, whose main opponent and inspiration was Napoleon and his government.

Gill expressed his struggle in a very characteristic and original way – drawing funny caricatures with big heads. You can guess which person he drew the most with this style - of course, Napoleon.

However, his first caricature was a caricature of the famous judge, which brought him big popularity and entry into the bohemian life of Paris, but it cost him imprisonment and persecution by authorities. 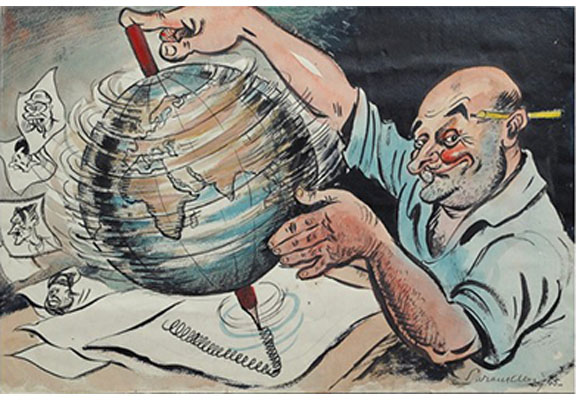 If for some famous caricaturist we can say that has traveled all over the world, that it is definitely Alexander Saroukhan.

Traveling and learning different languages has been his great passion, but also this political caricaturist has left a big mark in art - as he has drawn over 20,000 caricatures and worked for some of the best magazines. Also, between 1942 and 1945, he published his own humor magazine in French.

Beside those professions, he had big love for the books, and the most interesting thing is that his book - Cette Guerre (This War in French) made him famous because he warned in the book of the coming of World War II. 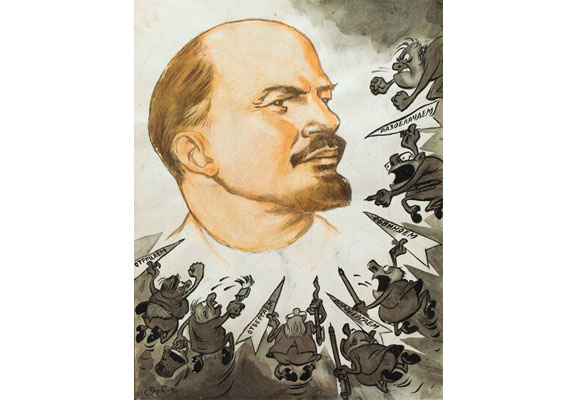 The title of the longest lived caricature artist definitely goes to one of the most popular Soviet caricaturists - Boris Yefimovich as he lived 108 years.

At the age of 19, he began to express his emotions through caricatures of politicians, and it turned out that he was very talented. As he was a member of the communist party he had a big role in representing the soviet and world's politics.

Boris get on the popularity after WWII, when he traveled to Germany with the task of caricaturing the Nazi defendants and was ordered to poke fun at the Western powers in what was transforming into the Cold War.

The life of an artist is not always nice and easy, some artists had to go through many life difficulties in order to succeed. One of them was one of the most popular Italian artists - Carlo Pellegrini, better known as the Ape.

Ape’s life was a real roller coaster, from the son of a rich Sicilian landowner he managed to become a London homeless man, to then becoming one of the most famous London artists overnight. For that, he can thank only the one man - Thomas Bowles, a powerful man who recognized his talent on the street and gave him a chance to enter the world of most famous people in London.

Like his life, his character was also very strange - Carlo was characterized as being very careful about his appearance, letting go of long nails, riding horses, and praising his homosexuality (at a time when it was very dangerous to do so). 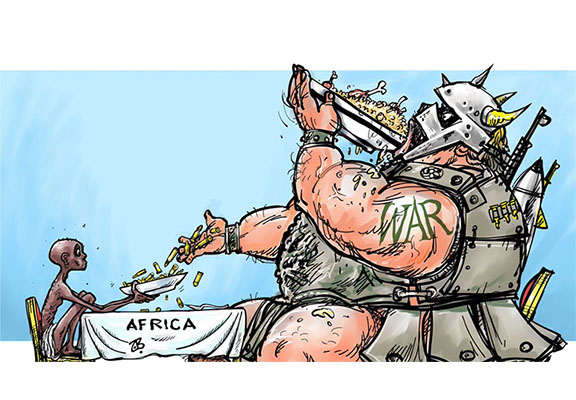 If we can say for someone that he’s a modern fighters for freedom and justice, that’s the case for sure with Emad and Osama - brothers from the middle east that are fighting against the war in their own way - through caricature.

The moment when they got super-popular was when Emad was arrested and imprisoned for publishing a caricature representing a peace agreement between Israel and the UAE. Caricature shows the crown prince of Abu Dhabi, holding a white peace dove on which is painted the Israeli flag.

Their way of life makes them big problems with terrorist organizations, since they were overestimated by death and have been arrested many times, but they never stopped fighting for peace. 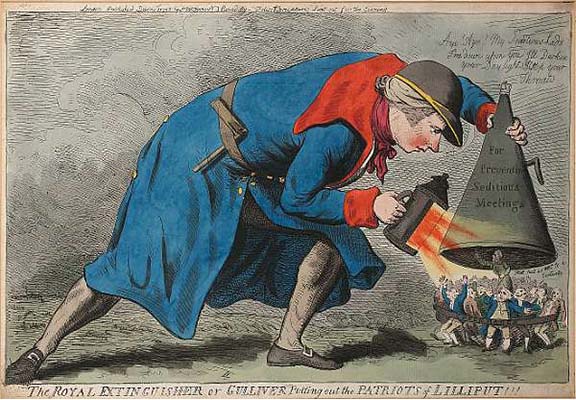 That the life of an artist is not always easy is also shown by the life of the famous Scottish caricature artist - Isaac Cruikshank, who came from a very poor working class family, but nevertheless managed to break into the world of the most famous caricaturists.

Like Andrea Gil, Isaac found his inspiration in politics, ridiculing English politicians and other world powerful person. But, the biggest inspiration has found in Napoleon. 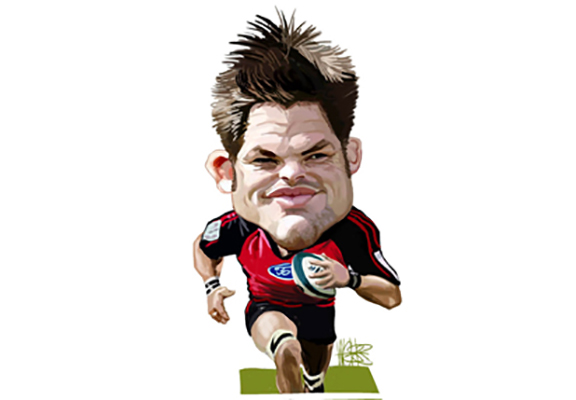 Most people would say that sport and art don't go together, but that prejudice was changed by one of the best cricketers in history - Murray George Webb.

After his successful cricket career he discovered talent and developed a passion for drawing caricatures that became his main job. 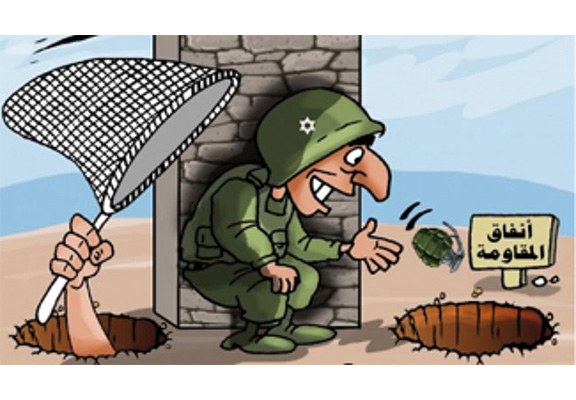 You may have noticed by now that there are not many female caricaturists, but in the hope of breaking that prejudice, one of the best female artists appeared - Omaya Joha.

As born in the Middle East, it was very difficult for her to become a professional artist, but that did not stop her from fighting for her rights, as well as the rights of all women in art, for which she became most famous.

Her sacrifice is shown in the fact that she was married twice and that both of her husbands died in the fight for rights. 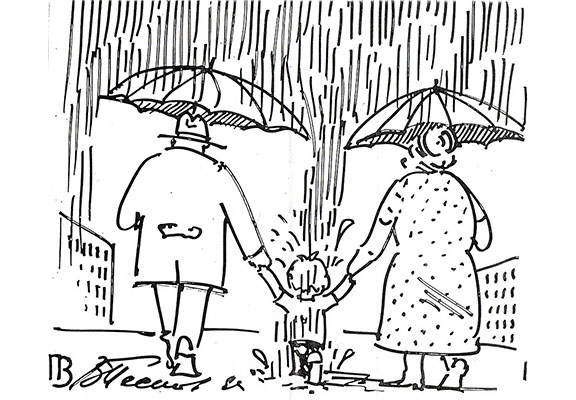 Unlike Boris, he was not a communist but a caricaturist of the democratic trend. Because of that he was never liked by the authorities and never had his own exhibition of works. Also, was constantly afraid that KGB would get his drawings, so he issued copyright for his works to his wife.

After death his apartment was looted immediately and his family was persecuted and forced to move to the United States. 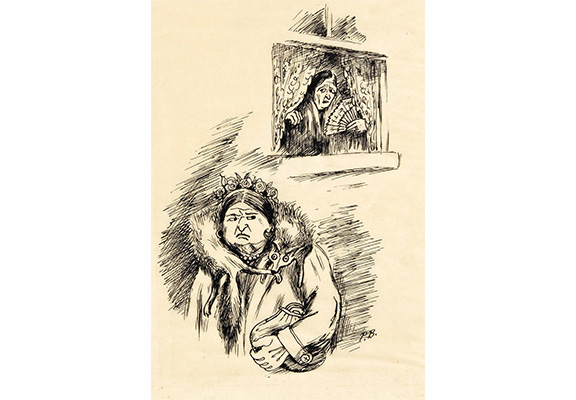 When both of your parents are great artists, it’s quite unlikely that you don’t have. Such was the famous American caricaturist - Margaret Francis "Peggy" Bacon, who came from a rich artistic family.

Peggy started drawing at the age of a year and a half and did not stop doing it for the rest of her career, and her satirical caricatures brought her great fame which enabled her to enter the world of celebrities.

These were some of the most significant caricaturists in history and we hope you enjoyed their stories.

Hope this will inspire you to succeed in your dreams like they do! We can't offer their services, but we are a group of talented caricaturists so feel free to check out our website if you'd be interested in getting a personalized caricature :)