The more popular you are and the more unusual outbursts you have in public, the better are chances of being caricaturized. If anyone deserves to be caricaturized for his actions and statements - it is definitely Joe Biden.

We have selected the 11 funniest Biden caricatures based on his characteristics.

1. Putin vs Biden Caricature 2022 by CaricatureMaster 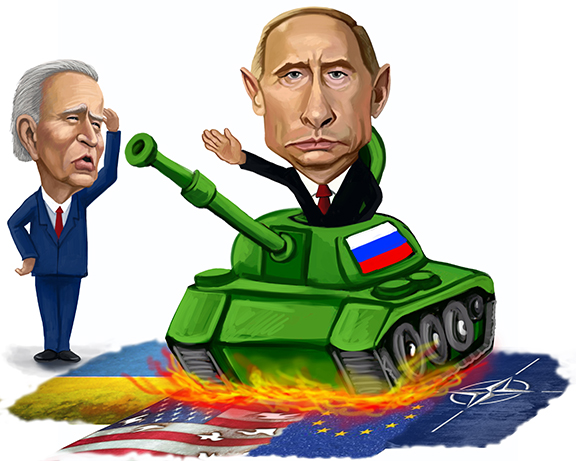 Believe it or not, Biden is very worried about Putin's invasion, because it is causing an economic crisis all over the world.

He would like to help Ukraine, but he knows that it would provoke a certain Third World War. How this scenario will end - we have to see. 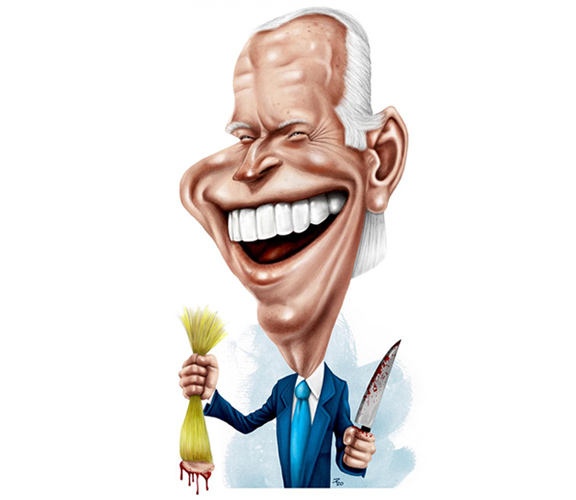 Whenever you win a big competition, you want to bring some souvenirs from it that will remind you of that victory.

That's why this hilarious caricature shows Biden taking in a horrible way Trump's funny hair after beating him at the presidential election.

3. Biden vs Trump by Stuelpner 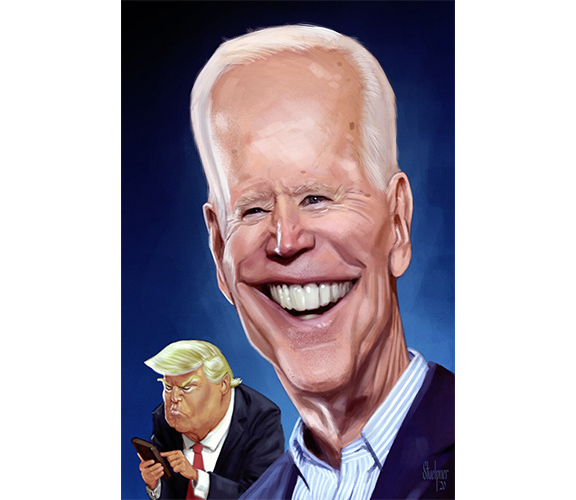 Let's be honest, president duel between Biden and Trump was one of the biggest duels since the elections for US president exist, and definitely one of the most contested.

In that election, Biden won Trump so close, so close that Trump is probably counting the votes even today.

4. Relations with China by Craig Stephens 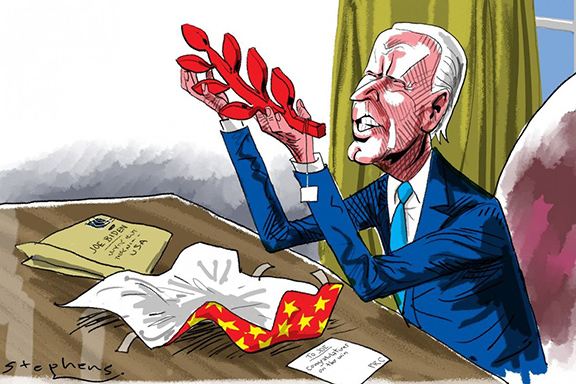 Relations between the United States and China have always been strained and on the brink of conflict.

After winning the election, Biden received an olive branch as a gift from Chinese President Xi Jinping, which symbolizes peace. Does that mean China still want good relations between them and USA? We'll see... 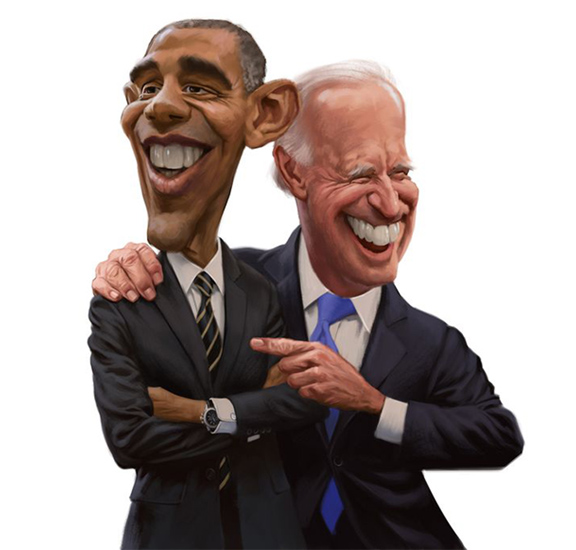 Democratic Party has given sixteen presidents in its history, but none of them had such a relationship as Biden and Obama have.

Biden may not be as beloved as Obama, but their relationship has been going on for decades, always helping each other in tough times.

Whether you love him or not, his face is the most recognizable today and causes different feelings in people when they saw it.

Sometimes, we see it so often in the media that we get a feeling it will jump out of the fridge as well. 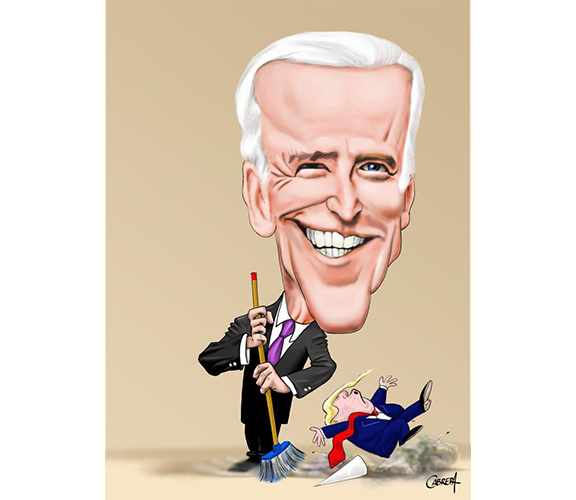 The rivalry between Biden and Trump never get boring, and Biden's great victory cannot be described in one caricature. That's why caricature of Biden cleaning Trump as garbage shows us how great and significant a victory it was for him.

Could this caricature be reversed after the next election? It all depends on how much Biden will justify the support of the citizens. 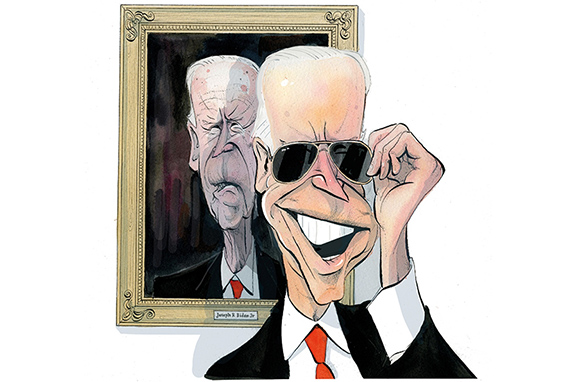 How can you not be so cool when you won the election that way?

After winning the election, Biden probably felt like the coolest person in the world, and going down in history as the forty-sixth president gives him a sense of eternity.

American presidents are one of the most powerful people in the world and their appetites increase year by year.

At the moment, Biden's appetite has increased so much that he has a desire to eat the entire planet.

10. Be careful by Arash Foroughi's 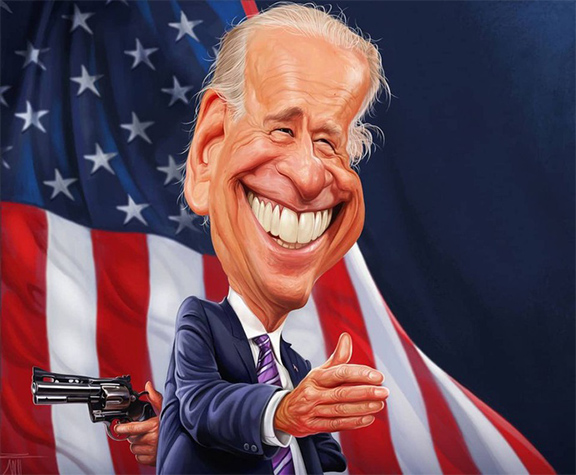 Throughout history, it has been shown that world leaders should not be given too much trust.

Like any powerful people, every time they try to court you, it means that they want to take advantage of you. So we must be careful with them.

11. Mind of President by Lisa Kay 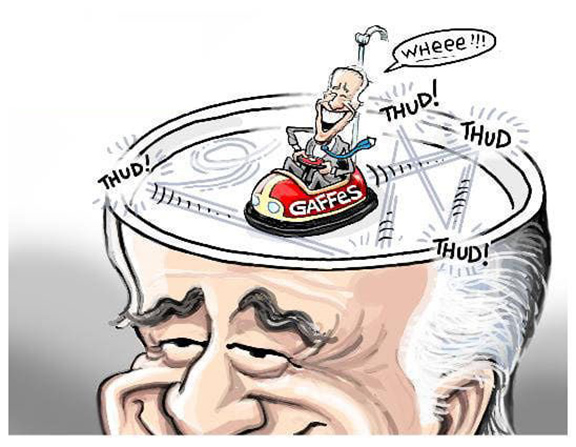 The mind of world leaders is very strange and unpredictable, especially Biden's mind.

In those years, it is certainly not easy to manage one of the biggest countries in the world, especially in these times of crisis.

Those were the funniest caricatures of the former vice president and current president of America - Joe Biden, we hope you enjoyed it as much as we did while writing this blog.

If you want to order your personalized caricature and bring some more laughter and joy to yourself and loved ones, check out our ordering page.